TRAV MSK is showing a body of new work titled ‘Sign of the Times’, at The Seventh Letter store in Los Angeles on 24 June. The show sees TRAV reminisce of days gone – around the 50s where people painted signs, made furniture, and designed clothing. An era of putting a lot of care into the craft, that was pushed out in the 80s and 90s with the these things becoming mass produced. By exploring the way in which he sees the world, TRAV’s Sign of the Times is a celebration of the handmade. It also serves as a comment on the vacant store fronts that litter the streets of many cities today. A visual representation of a shift caused by technological ‘advancement’.

“The work was created over the last year in Los Angeles, CA. I’ve been over obsessing over the world’s shift into the digital era, with technology pushing out brick and mortar business. In response I’ve been creating paintings that pay homage to both old and new ways of the world.” –TRAV MSK

Video directed by: P U N I T – Instagram: @punitdhesi 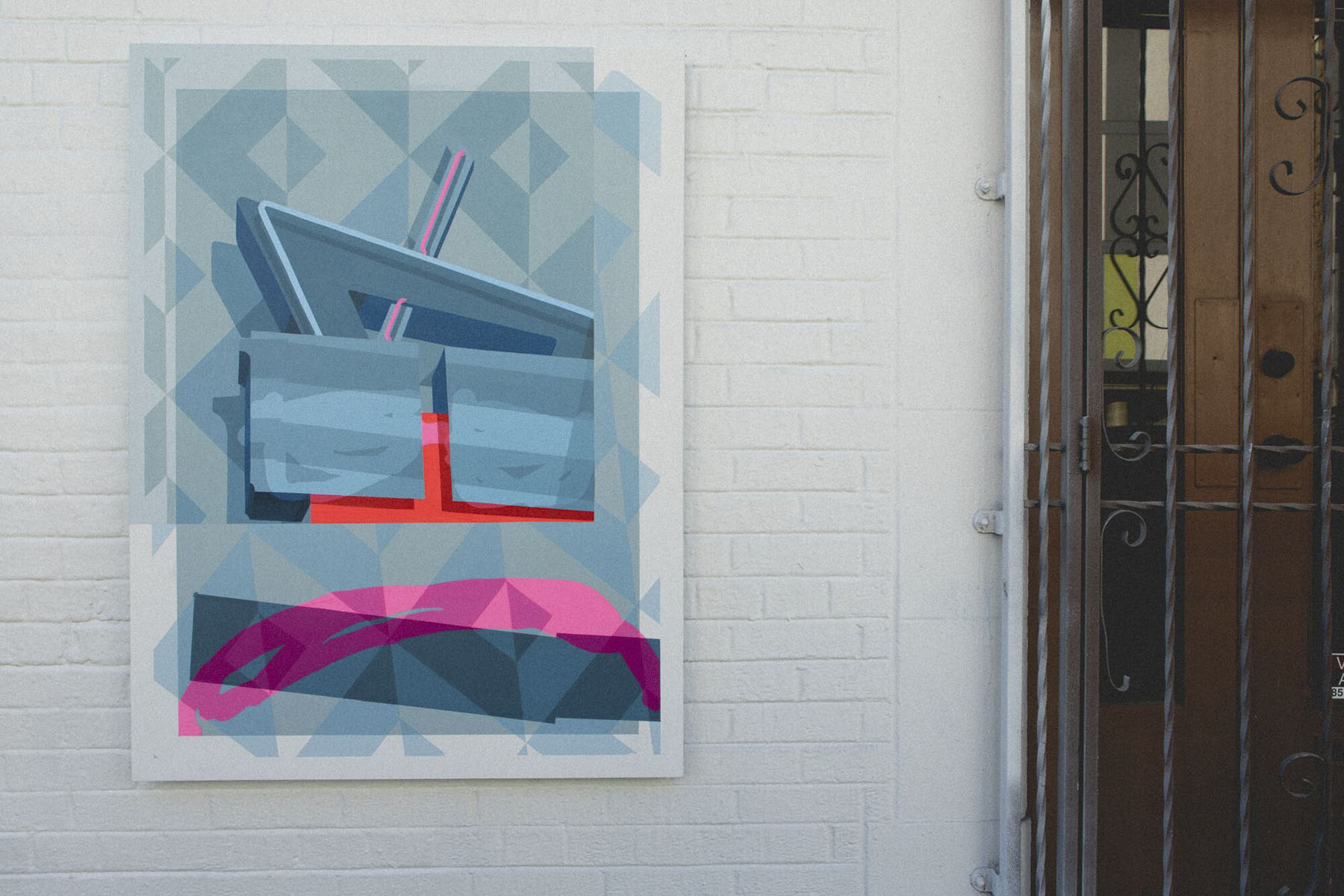