Brick and mortar retail plays a vital role in any brand’s distribution chain. The majority of Ironlak’s product moves via the shelves of localised, independent graffiti, skate and art shops. These small business owners are our front-line hustlers, the link between our warehouse and our community. They’re the ones that grind it out on the daily to get product into your hands.

While I was in Wollongong for the Ironlak BBQ Burners recently, I had the pleasure of catching up with the ‘Re-Up Supply’ man Jess. He’s been holding it down in the Gong for about a year now and is set to take on 2016 in a big way. I hit Jess with a few questions to get to know him and Re-Up on a deeper level. Respecognise! –Big Riddim’ Ting

BRT: Give us a bit of background on Re-Up.

R-U: I started Re-Up nearly one year ago now when an opportunity opened up to take over the space from existing Hip-Hop shop Verb Syndicate here in Wollongong, NSW. Coming from a graffiti background it had always been a dream of mine (like most writers) to one day own my own graff store. That moment finally came at the end of last year, and with the help of my crew and friends we managed to get the shop re-branded and up and running for the start of 2015. The idea for the shop was to have it run by writers for writers, and service the scene with top quality but cost effective art supplies. Our product includes aerosols, markers/inks, street wear, vinyl and books/magazines. Another project I’m working on at the moment is the Re-Up clothing label which we released our first run of shirts back July. These featured collaborations with local artists.

It has been a both challenging and rewarding so far running Re-Up and I want to say a quick thanks to Sep and @rahso who have had my back since day one.

BRT: Tell me about the team at RE-Up, who mans the front line on a daily basis?

R-U: I have a team of 4 staff including myself and we are all local artists. Together we all bring something different to the table. We have over 55 years of combined knowledge and experience and in all areas of painting. We work on rotating rosters so we can still get out and get busy. 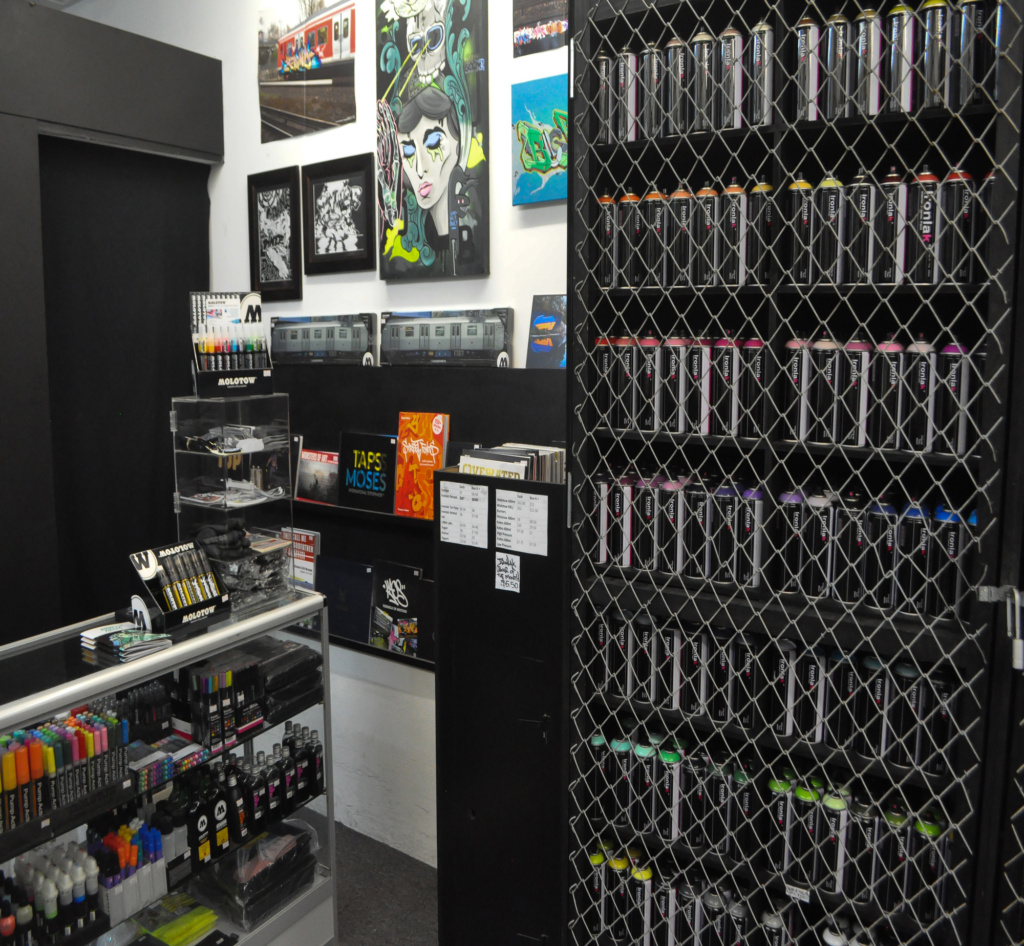 BRT: You’re obviously involved with the local graffiti scene there in Wollongong, who’s killing it at the moment?

R-U: There has been a lot of activity going on in Wollongong at the moment which is good! This year has seen a lot of the older guys starting to get busy again. Its always motivating to see a fresh set of coalies by CAFE and BUNDY run past like its the nineties again. Other active locals like RAHS, ONION, DYNA, FANTM, IQUEB, LOADS and ARCK have all been pulling out some burners lately too. But one of the younger guys worth keeping a eye on is AUNS. He is always super clean and on point with his letters and productions. I’m sure you will be seeing a lot more of him in the future.

BRT: What is your favourite Ironlak colour? And colour combo?

R-U: My favorite colour would have to be Sofles Violence. I always find myself picking colour combos with shades of purples or pinks in them. The pinks are always thick and bright and fun to experiment with. 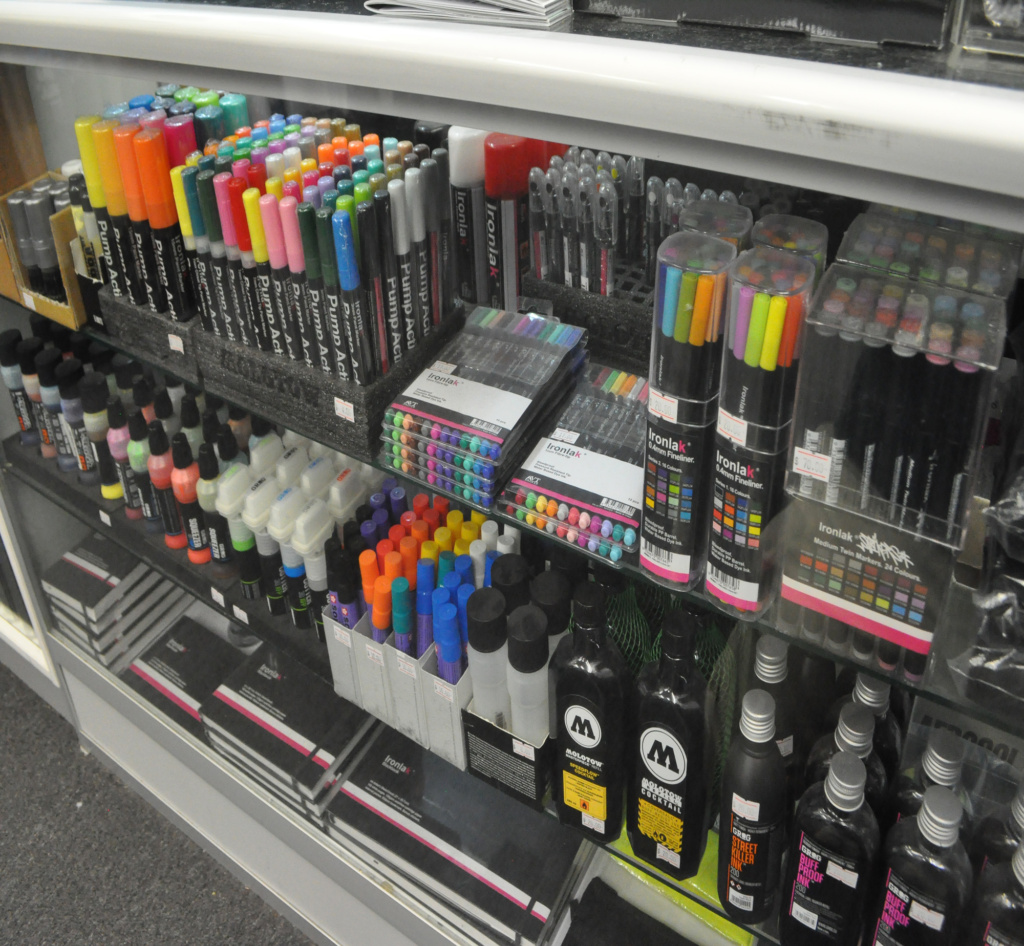 BRT: Obviously Wonderwalls Festival has put Wollongong on the world street art map, how have you seen the city change over the last couple of years?

R-U: Yeah Big props to Simon at @verbsyndicate for what he has achieved with Wonderwalls. It’s crazy to see how big the event has gotten in just a few years and the positive effects it has brought to our city – like more walls being opened up to painting. I guess graffiti murals have always been seen as a negative thing but its slowly getting more and more accepted by the community thanks to all the good art being put up around the city. Even the last Ironlak BBQ burners was allowed to happen right in the middle of the Wollongong Mall in front of all the shoppers. I don’t think that would of been possible a few years back.

BRT: What music have you been bumping lately?

R-U: There is always a bit of old looptroop playing in the store, but you will also catch Death Wish Cast and Jedi Mind Tricks on repeat when I’m on also. 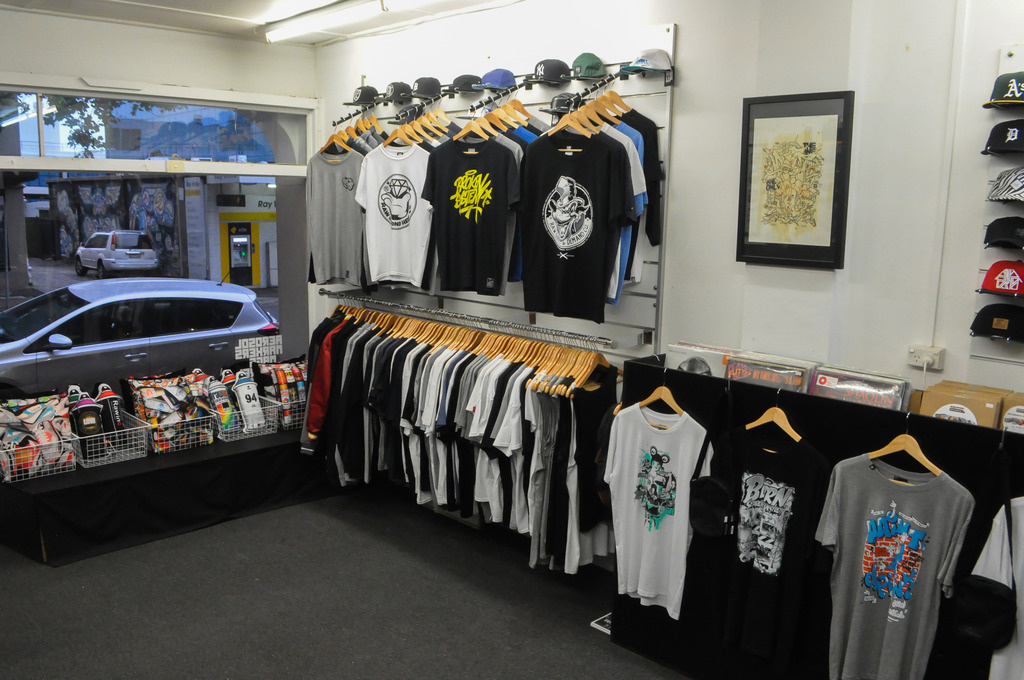 BRT: When I visit Wollongong next, where are you taking me for a beer?

R-U: I hope you’re keen for some live music! Down the street there is a cool joint called Rad Bar. They have been supporting the live music scene here for many years now. The place has a good vibe and there is always something happening there. They also have on going artworks being painted throughout the bar which is cool.

BRT: What’s next for re-up?

R-U: Going to be throwing a few more parties and painting events in the New Year so stay tuned. 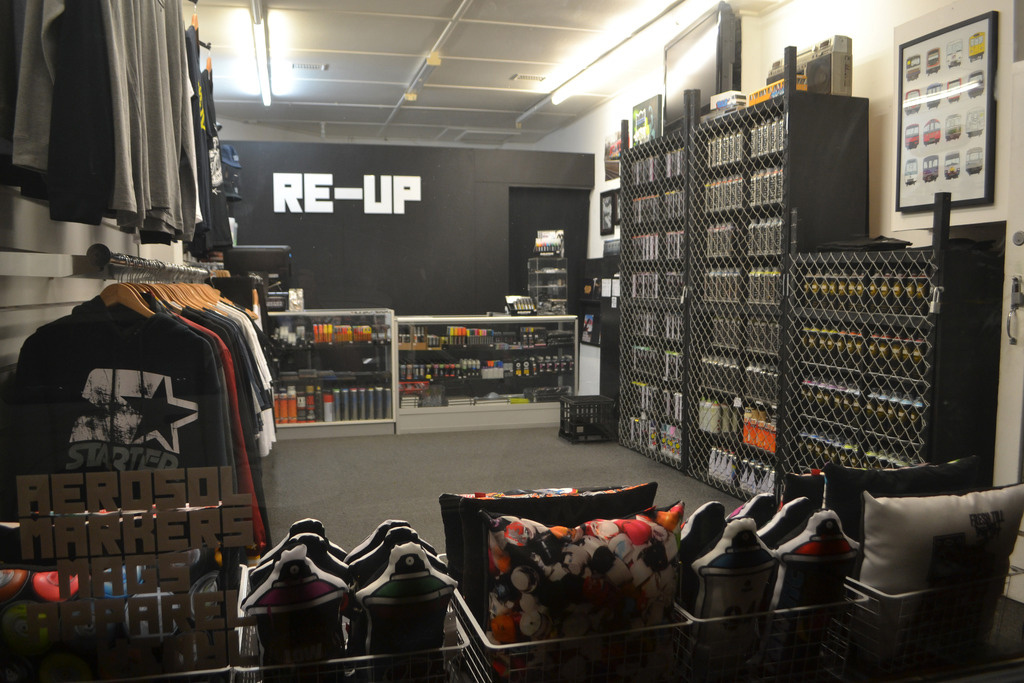 If you’re in Wollongong, you can check out Re-Up Supply in person at 84b Kembla St, Wollongong.